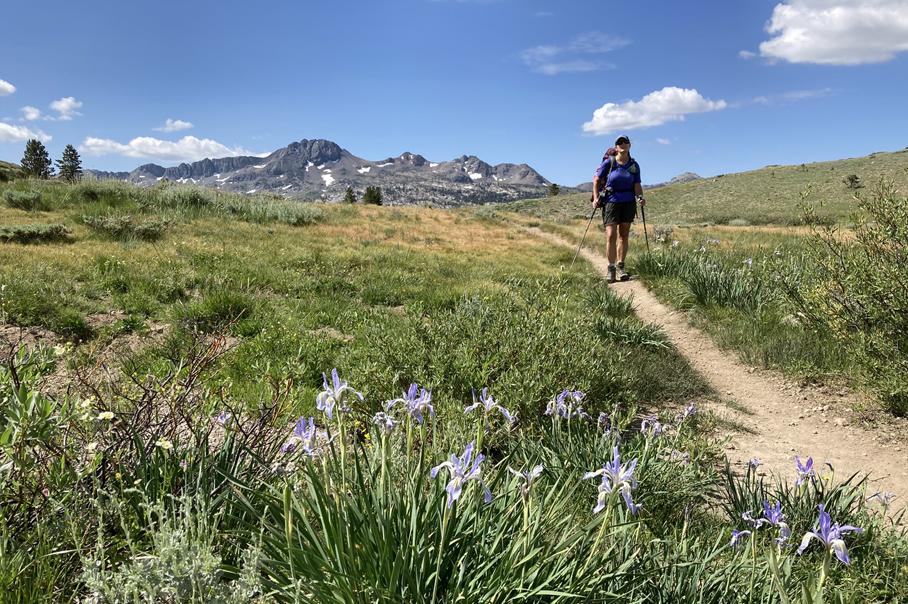 The 2600 mile Pacific Crest Trail stretches from Mexico to Canada. It is a spectacularly beautiful

place of grandeur and quiet. Hiking the entire trail, however, is a herculean accomplishment that

desert, hundreds of miles of high altitude crossings in the Sierra where snow lasts well into July,

and mosquitos the size of small cars…ok, not really, but there can be a lot of them. And from

late June until the end of July some of those long distance hikers, already over 1000 miles into

their journey, arrive at the section of the PCT that passes just a few miles to the west of Lake

Recently, while hiking on a portion of the combined Tahoe Rim Trail/Pacific Crest Trail in the

thru-hikers. They really are a fascinating and determined bunch of folks. They were mostly

younger, but included a few retired folks. They were either very tan or very dirty, and most likely

a combination of both, and they had a quiet, almost meditative resolve to just keep right on

walking. Many were also walking a lot faster than us and had smaller packs.

curious. We stopped and chatted with a couple from The Netherlands who had been hiking for

90 days, and they told us the reason for the crowd: The Carson Pass Ranger Station was giving

thru-hikers free Doritos if they arrived by 4 pm. Apparently there was quite a gathering of long

distance hikers who were very excited about a salty treat.

This makes perfect sense to me. Once on day 11 of a thru-hike of the Tahoe Rim Trail I arrived

at Echo Lake, where a store is located right next to the trail. There I had a sandwich and an ice

cream and thought for sure I had died and gone to heaven. Long distance hikers have been

the Truckee River. Or better yet, they are enjoying a refreshing swim in Lake Tahoe before

finding their way back to the trail…with another 1500 miles of hiking to go. 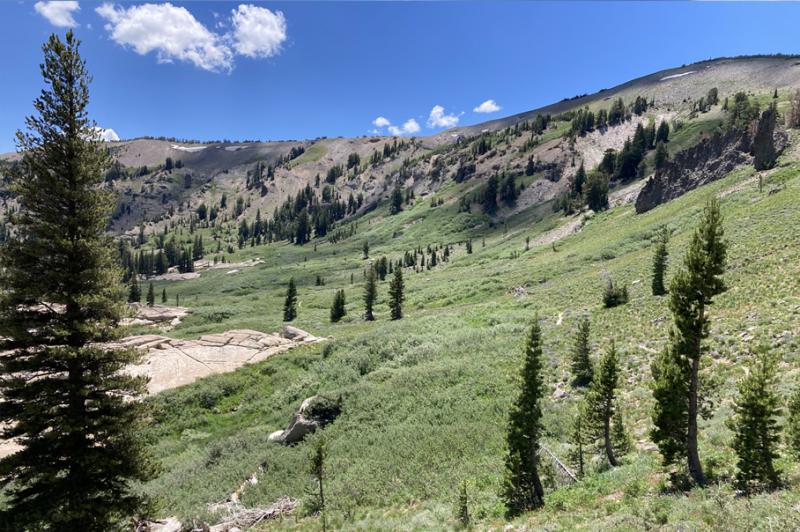 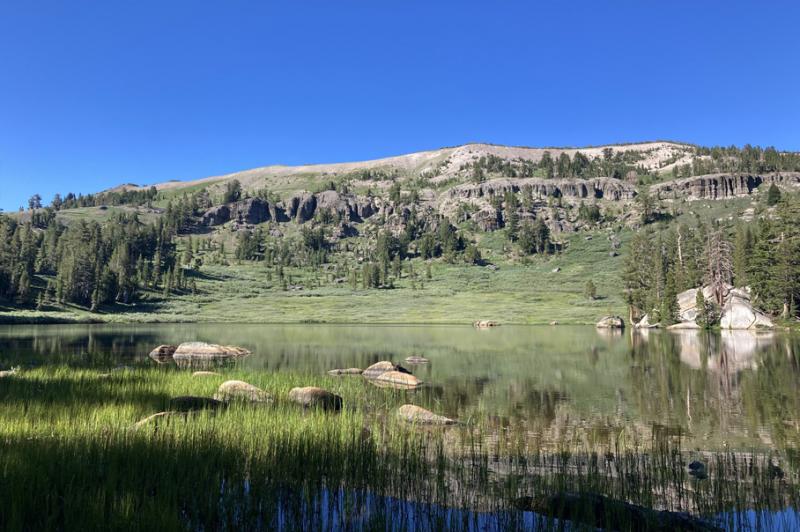 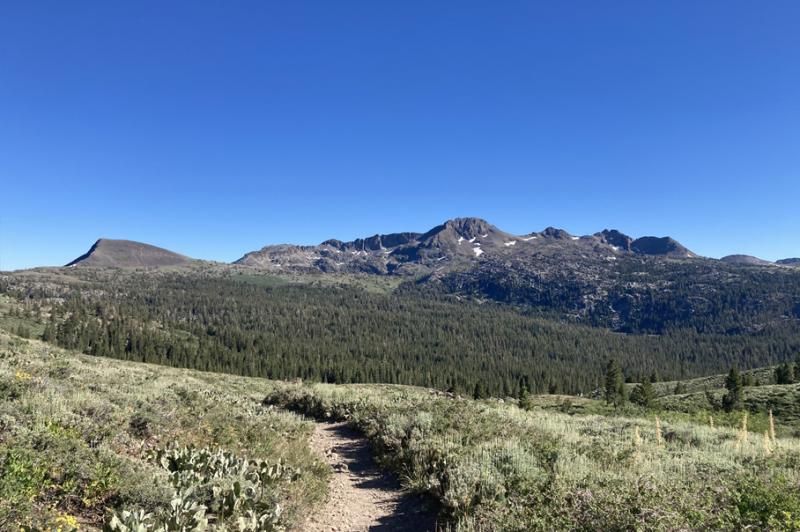 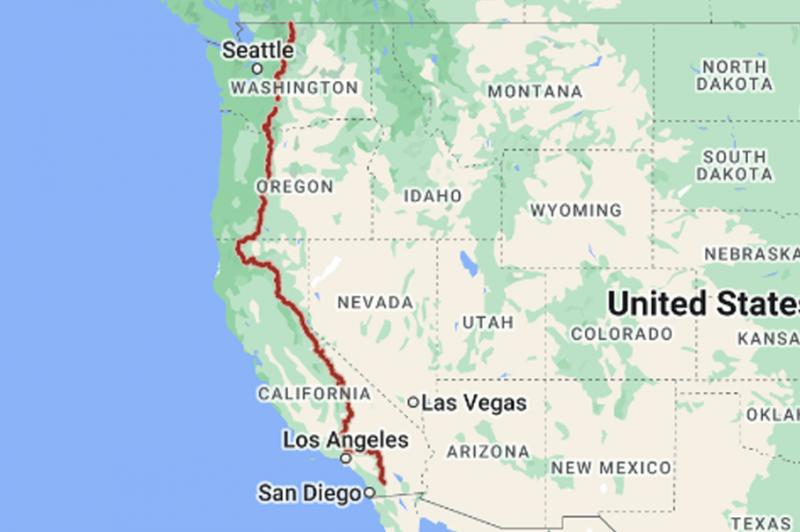