The River has Risen 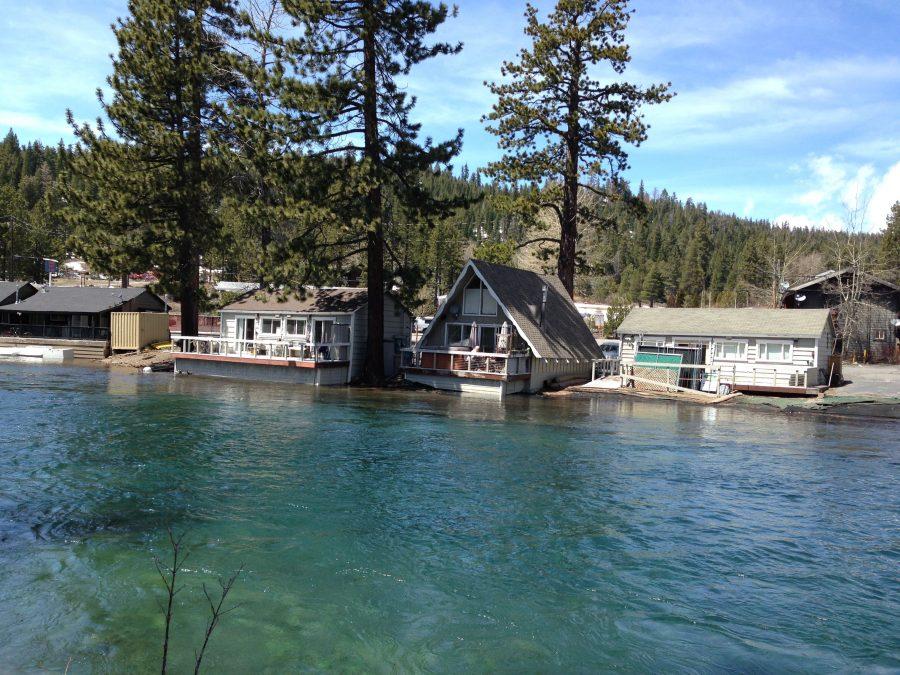 This past winter we experienced near record amounts of snow at Lake Tahoe, with a good dousing of rain thrown in. Tahoe’s lake level is now only a bit more than a foot below the legal limit of the lake, with a lot of snow still in the mountains. So what does the water master who controls how much water is released from Lake Tahoe into the Truckee River do? Let a lot of water out.

A month ago I reported in this blog that the dam was releasing 700 cubic feet per second (cfs) into the Truckee River. To put that number in perspective. It’s about twice as much water as the folks who run the rafting companies see as prime for running the river between Tahoe City and the River Ranch. Much higher than that and folks start bumping their heads on bridges.

But 700 cfs was just the beginning. The level was raised to 1300, than up to 1600 cubic feet per second last week. This brought the water level to just below the bridges, and began to flood sections of the Truckee River bike trail between Tahoe City and Squaw Valley. And this came just a few days after the Tahoe City Public Utility District plowed the trail through deep snow to give Tahoe folks visions of riding along the river

In the interest of research, I decided to take my mountain bike down to the river to see how bad the flooding was. It took me about a mile and a half of riding to get to the first flooded section. This one was about 100 yards long through about six inch deep water. It was like being in a water aerobics class as I slowly made my way through all that water. The good news is that the water is crystal clear, and as I was soon to find out: Cold.

Just about a half mile further I met the next wet section. This one was longer and twice as deep. I got about 100 yards in before the water reached above my pedals, and I had to stop and turn around. Knee deep in water that was snow a few hours ago is pretty dang cold.

The next day, April 26th they raised the level to 2000 cfs. The river is now kissing the foundations of the River Grill just below Fanny Bridge and folks are being advised to keep their distance from the river (although a few highly trained kayakers can’t resist it). It will most likely stay this high for quite awhile since in the high Sierra there is still multiple feet of snow yet to melt.