A River Runs Through It

Over the years I’ve watched Lake Tahoe and the Truckee River go through many cycles of high and low water. The levels go up and down seasonally, with the highest level usually in May or June, and the lowest in October or November. And the levels also go up and down year to year based on the amount of precipitation the Tahoe region receives. Now in October of what is hopefully the tail end of a drought, the lake is just above the natural rim: 6223 feet. When the water drops to rim level, it will stop running into the Truckee River.

While there are certainly advantages to Lake Tahoe being higher, and it doesn’t bode well for our forests that the lake is this low, it’s still fascinating to see the changes in the lake’s and river’s level. Recently, I took a stroll on a windy Monday afternoon along the lakeshore in Tahoe City. I began at The Boatworks Mall and walked past the Truckee River to the Lake Tahoe Dam.

The Commons Beach is now huge. It’s a rocky jaunt out from the landscaped area around the playground to the edge of the lakeshore. This reminds me of pictures of Tahoe City from over 100 years ago when several commercial buildings were built on piers right over the lake. The water level was low enough to build here, and even when the lake reaches its height, it’s still  pretty shallow in front of Tahoe City.

After The Commons, the shoreline gets especially interesting as you can now walk in front of the Tahoe Marina Lodge, then under the pier to the edge of the Truckee River. When water is high, it flows right up against a rock wall in front of the condos and walking along this section of shoreline is impossible without getting wet.

The river itself, as of September 27th was still running, but barely. It would be hard to get across it without getting wet, but it would only take a few steps to cross and you wouldn’t get water above your knees. You can also walk along the river’s edge right up to the dam itself, where what water that reaches it flows lazily downstream.

While the beaches might be bigger, and the river smaller, the view on this windy day, with much of the smoke having blown away, was still quintessentially Tahoe. Dark blue sky, dark blue water topped with crests of white. Perhaps it actually looks very much like it would have back in the day before they built a dam across the Truckee River. 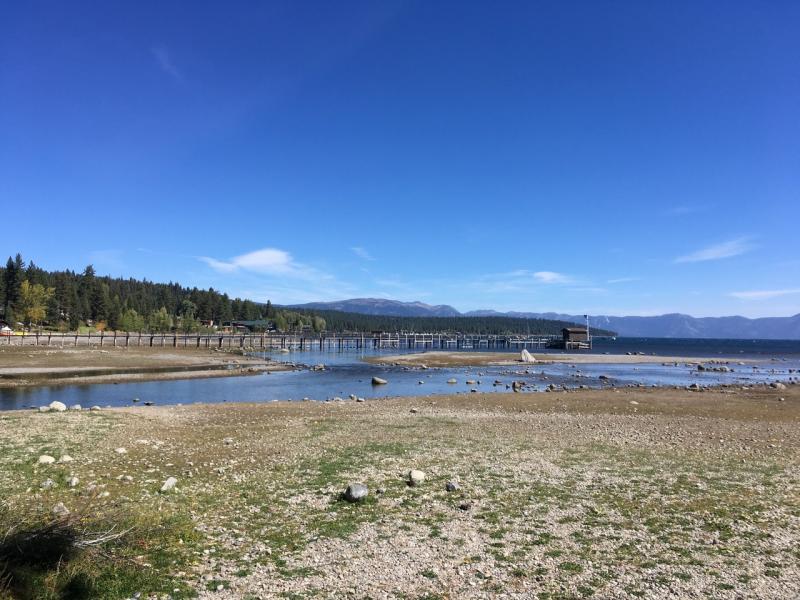 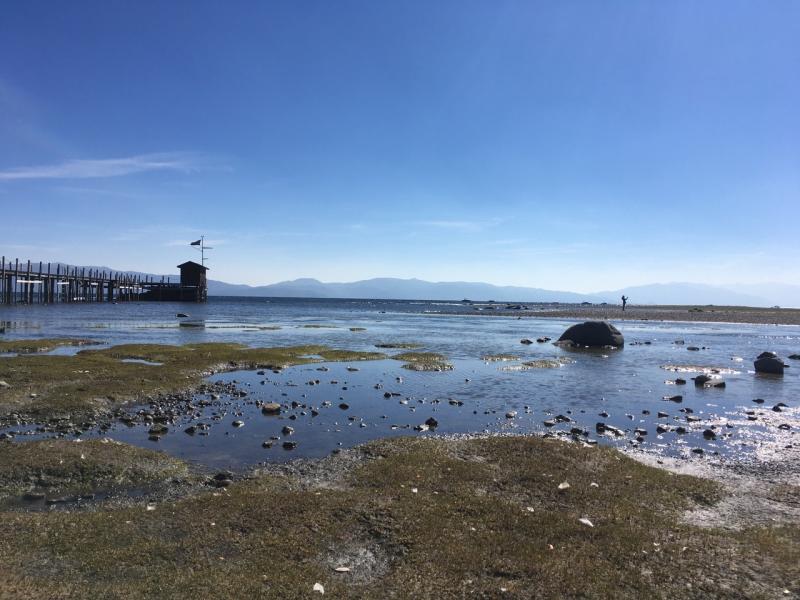