Snow by lots of other names… 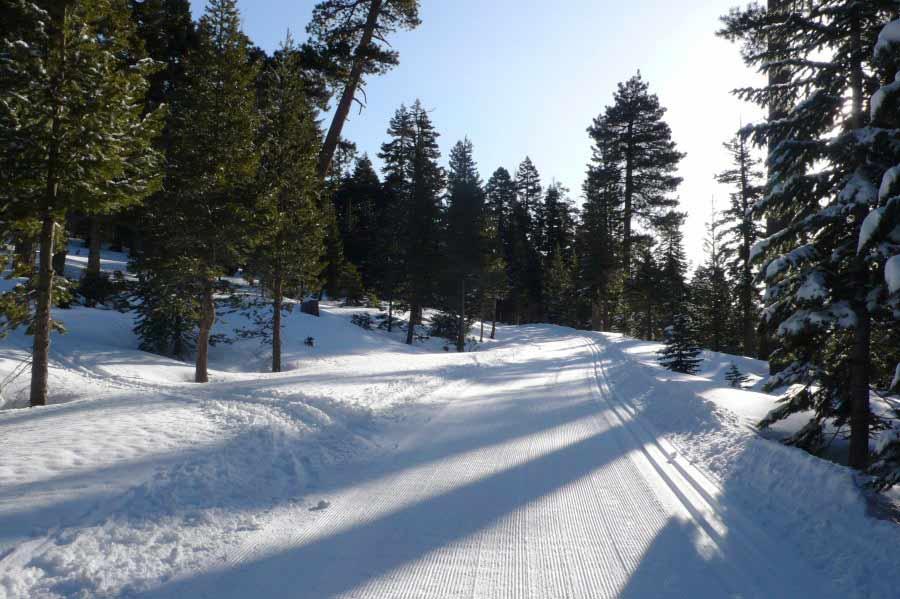 In my book, “Cross-Country Skiing in the Sierra Nevada” I provided details about all the different types of snow encountered by cross-country skiers (and downhill skiers as well). Here is Part One of an excerpt from the chapter “Know your Snow.” Stay tuned for Part Two.

Boilerplate-This is that rock solid, shiny as a piece of quartz snow. Snow might actually be a misnomer, as it is actually close to ice. Boilerplate occurs early in a ski season when there has not been that much snow yet and even the little snow you received was a few weeks ago, and it is cold. This icy snow is hard to edge and requires you to ski right on top of your skis. It can be downright dangerous, especially on steep downhill sections. The only way to avoid boilerplate is to ski later in the day when it has had a chance to soften up. Better yet, stay home and pray for snow.

Hardpack- One step from boilerplate toward softness is hardpack. While still firm and icy, you can usually get a bit of an edge and are less likely to slide off the trail into a tree. In springtime, hardpack is often called “crusty” or “morning crust.” Skiers who like hardpack call it “fast”. As in, “yeah, the conditions were fast this morning.” Skiers who don’t like hardpack conditions call if boilerplate.

Firm-Next in line on the firmness scale is what I call firm. For skate skiers, firm is usually pretty good skiing. It is hard enough to be fast, but not so hard as to be unforgiving.

Soft and Buttery, Silk, Butter, Just Right, Awesome- The better the snow for skiing, the more names it has, and for cross-country skiing this is as good as it gets. Not too hard, not too soft, but right in the middle. Goldilocks, who obviously was a big cross-country skier, thinks it is Just Right. Often snow will be very firm, then firm, then just perfect as the day progresses. The just right snow can also be known as butter or silk. It is fast but forgiving and will always put a smile on your face. The problem with Just Right is that it doesn’t last long. Once the snow becomes flawless, it soon will change to soft and sticky. In the morning you may ski over every type of snow. Hardpack in the shade of the trees, soft and buttery in some sections where the sun just hit, soft and sticky in the areas that have been sunny all morning.

Soft and Sticky-Once the sun really hits the snow it can get very sticky. The right wax can help, but it is best to be off the trails before the snow gets too sticky, as skiing it becomes hard work and not much fun. The initial phase of soft and sticky snow is still pretty fast and fun to ski in, but as the hours progress the snow slowly turns into the dreaded…

Glob, Mashed Potatoes, Glue. This is the snow that really fits its names. Very soft, dirty, sticky, gluey, messy…yeck! Best to avoid if possible. This snow is also known a Sierra cement. As with boilerplate it is time to pray for new snow.