Waiting on the Winter Storms

By Tim Hauserman
Here at Tahoe, we tend to have a boom or bust cycle when it comes to snow. While we often get
a lot of snow here, it usually comes in the form of big storms divided by extended periods of
sunshine and blue sky. This year for example we had a very wet October followed by a
November that was better suited to hiking and biking than skiing. We count on those big storms
bringing snow measuring in feet rather than inches. Which is why us snow lovers started
salivating with anticipation when the weather forecasters promised a biggie was just about to hit.
Unfortunately, predicting storms, and especially predicting snow levels, is an inexact science.
The storm was predicted to begin on Sunday, hit heavy on Monday and then tail off on Tuesday
morning. It did arrive on Sunday, but there was mostly just a bit of slushy snow. On Monday, it
was stormy all day, but we only got about six inches of messy slurpee at lake level (with quite a
bit more at higher elevations). Then just about the time my power went out at 8 Pm Monday
night, the temperatures dropped and it started snowing more briskly. Kinda hard to tell how
briskly, because without power it was dark and there were no lights to turn on to check it out.
I woke up this morning at about 5 am as the power came back on and reminded me that a few
lights were on when I was plunged into darkness last night. And what to my wondering eyes did
appear: It had snowed well over two feet in just 8 hours. All of the trees were heavily laden with
puffs of beautiful whiteness, and it was difficult to determine where the walkway to the driveway
was (fortunately as usual the Tahoe Park Sno Job guys were on it and my driveway was already
cleared).

Since I love to watch it snow hard, I did feel a bit deprived that all that white stuff came down
while I was happily snoring away. But I didn’t have too much time to worry about that. There
were pathways to shovel, and a poor beaten down maple that needed rescue from the mounds
of snow it was carrying. And while shoveling there was skiing to start thinking about. 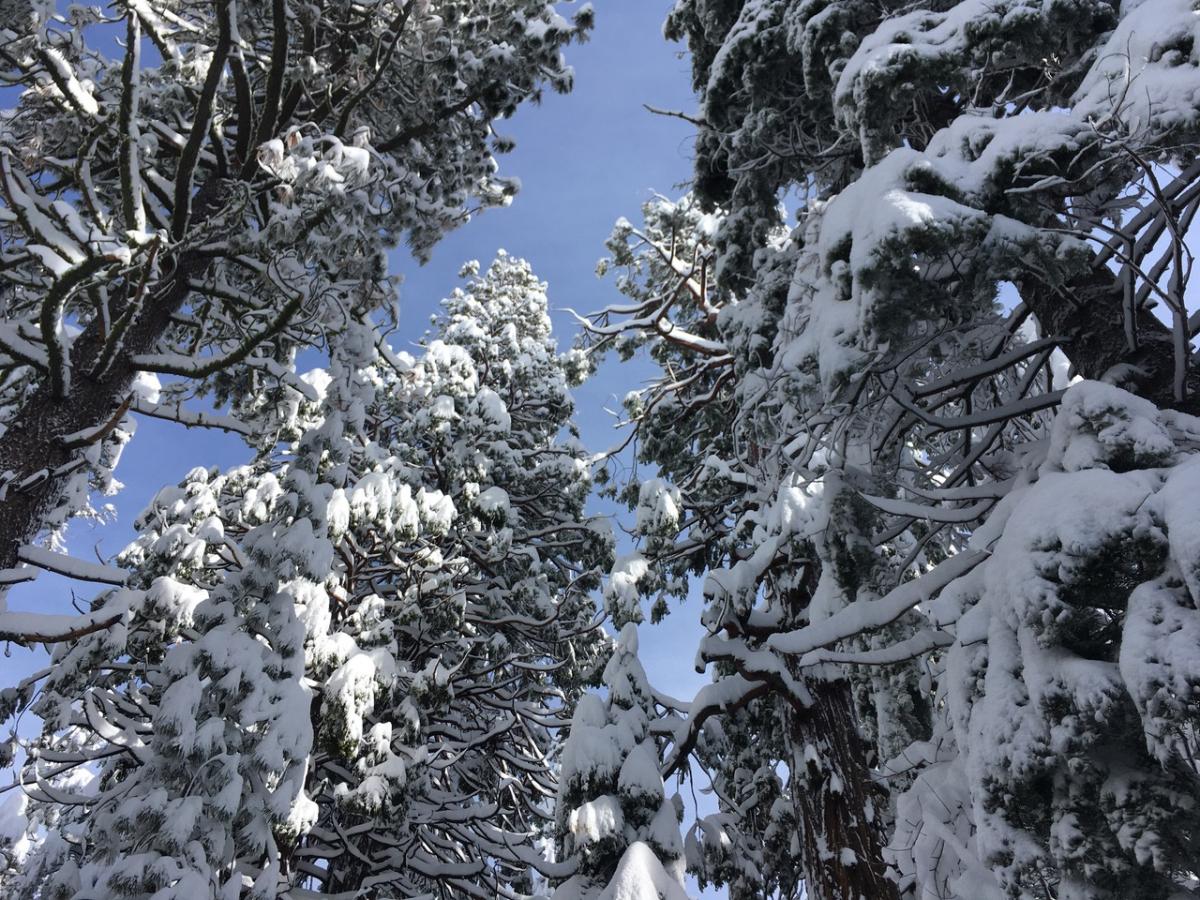